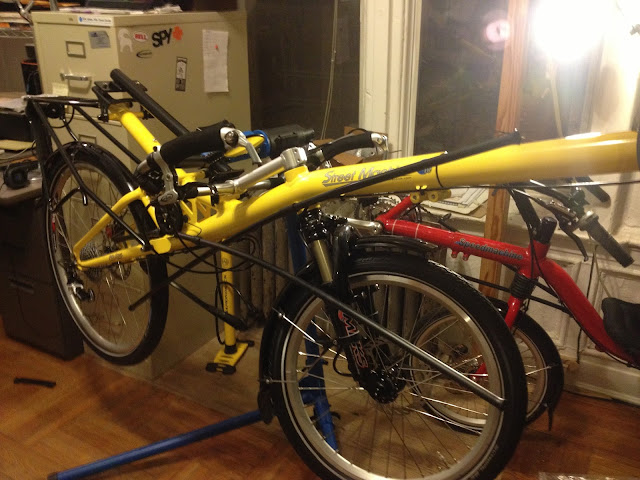 What a very nice bike.  It'll be completed tomorrow.

A few weeks later, the customer wrote me:


"I wanted to send you a quick update. I'm riding my Street Machine about 4 days a week at this point and finding myself getting faster and stronger as the weeks fly by. I've put on about 300 miles so far and the bike is such a pleasure to ride. I'd be interested in doing an over night trip soon....so if you know of any that I should be considering, let me know. I love the bike and look forward to my x-country trip in May 2015! Thanks for your all you did and do!"

To carry luggage on a Cruzbike, I strongly recommend the bags made by Radical Design ("RD") (sold in the USA by New York City Recumbent Supply) because they are lightweight, high quality and many models don't require racks.

RD bags are also an inexpensive solution because the rider needs only buy the pannier bags and not a rack plus bags. That quality also lowers the overall weight of the luggage system (bags alone are lighter than bags plus rack).  RD bags may be layered for maximum carrying capacity because they're made of flexible Cordura(R) nylon and many of the bags don't require racks.

Radical Design bags work well on Cruzbikes but it's not always obvious how to mount them to the bike. I maintain this post as a running entry, updating it when I have new information.  Be sure to check back from time to time.

Also, this blog post has good information about attaching panniers to a Quest. Similar strategies apply for the Silvio and Vendetta. 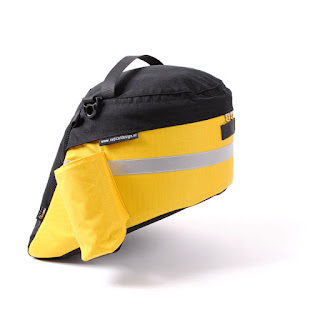 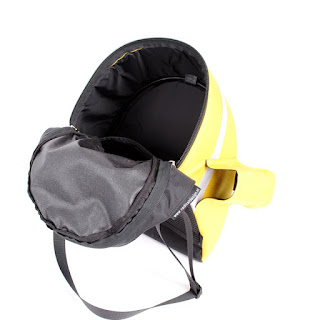 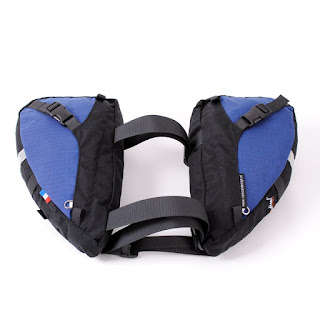 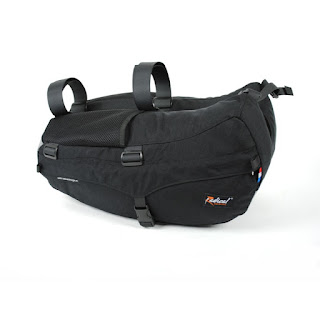 Which bags fit which Cruzbikes

Sofrider (bike out of production)
Solo Aero, wide, at top of seat.

Headrests for the Cruzbike Quest and Sofrider

A customer recently asked about headrests for the Cruzbike Quest.  Although there are beautiful headrests for the Silvio and Vendetta, at this time Cruzbike does not make a headrest specially for the Quest or Sofrider.  However, with a little drilling and bolt-twisting, riders can install third-party headrests.  Here are some recommendations:


- HP Velotechnik's carbon fiber adjustable headrest, made for their body link seat.  It attaches with two bolts.  Riders need to drill matching bolt holes in the seat of their Quest or Sofrider.  New York City Recumbent Supply keeps them in stock.

- ADEM's headrest works on the Quest and Sofrider, for which riders will need the "tall" version.  Again, installation requires drilling a few holes.  Riders can buy these on the ADEM website.

I'll add headrests to this blog post if I hear about them.  So, gentle reader, if you have a favorite Cruzbike headrest, please send me the info.

View of a thunderstorm from a Street Machine Gte.

Adirondacks tour: 750-miles of hills on a Street Machine Gte

I recently got back from a solo, unsupported trip through the Adirondacks in New York state.  I took the Metro North from New York City to Poughkeepsie, NY and began riding from there.  Over the next few weeks, as time allows, I'll post photos and notes.

Stats:
750 miles
12 days
1 mountain above 4,600 feet (Whiteface Mountain).
Avg. speed for trip: 10.3 mph
Max speed: 50.4 mph (I hit 50.2 going from Whiteface down into Wilmington, and then hit 50.4 on the road from Lake Placid to Keene. Whiteface into Wilmington was fine, with a good road surface and very few cars. Placid to Keene was a different story, with steep, narrow roads with cracked surfaces and terrible drivers. I was so glad I was riding a Street Machine.)
Total elevation climbed: uncountable.
Started/ended riding in Poughkeepsie, NY. (Rode from Brooklyn to Grand Central Station.  Took Metro North to Poughkeepsie.)
Solo trip, fully loaded, unsupported.
Weather? It stunk. Thunderstorms and rain every day but one, with hot humid weather between the storms. Most of the scenic views were obscured by rain, clouds, mist and fog. (Yes, there were moments of whining to myself.) But at least it wasn't windy.
Zero incidents, zero accidents, zero flat tires, zero mechanical problems, zero animal bites. But don't ask me about mosquito, black fly, and midge bites.
No. of appearances of the first aid kit? Maybe once or twice. But my feet began to blister on Day 11.
No. of incidents of road rage? One. An SUV (what else) with California plates (where else) on a road...in a campground (WTF?). In general, other than on the road out of Lake Placid, drivers were quite cool.
Number of wrong turns and times I got lost? One. I took a wrong turn on the second to last day in Hudson, NY, but it was quickly corrected. That's a pretty darn good record, if I may say so myself.
Panniers: Radical Designs
Bike: HP Velotechnik Street Machine Gte (accept no substitutes).